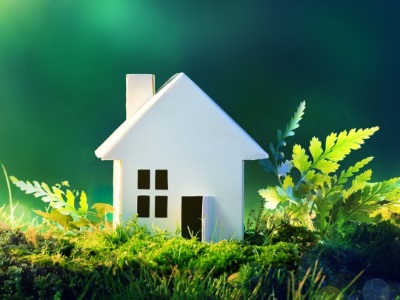 The Government have released details on a transitional year to bridge the gap between the current ECO scheme and a new revised initiative which will launch in March 2018.

A consultation was released on the 29th June which provides some clarity on what the 2017-18 financial year might have in store for contractors working under the ECO framework.

The main change is a move away from funding to support ‘able to pay’ customers and placing more emphasis on fuel poor householders.

Some of the main proposed changes include:

HHCRO (the Home Heating Cost Reduction Obligation) - the ECO strand that predominantly funds heating measures, will now focus more on insulation and will receive a significant increase in support. The target for the year will be £1.84billion in lifetime fuel bill savings and will run to 31st March 2018. This approach will firmly place HHCRO at the forefront of all ECO activity giving it the lion's share of all available funding (from 36% to 70% of the full ECO pot). During the next financial year HHCRO should support over 160,000 homes.

For the first time the eligibility criteria for HHCRO will be opened up to Social Housing, but with a focus on insulation. However, qualifying householders must live in homes with an EPC rating of E or below. Forecasts suggest that Social Housing will account for 10% of all HHCRO measures during the year.

The CERO (Carbon Emissions Reduction Obligation) strand will be extended but with a smaller delivery target of just 3Mt of lifetime carbon savings. There will also be a solid wall insulation sub target to ensure not all the funding is allocated to cheaper insulation measures.

“DECC has listened to the industry’s call to focus on helping those in fuel poverty and it is good to see that it has retained a solid wall insulation minimum; however at a level of an estimated additional 17,500 properties this will have little impact on the remaining 7 million solid wall properties without insulation.

"46% of homes occupied by the fuel poor have solid walls and insulating them is widely acknowledged as the most efficient way to improve the energy performance of these properties. This needs to be considered when setting out the new Fuel Poverty Obligation (FPO) programme, which will run until 2022 and solid wall insulation needs to be integral to the measures installed under the new scheme.”

During the transitional period HHCRO will no longer prioritise heating improvements. In fact the consultation has outlined a cap on qualifying boiler replacements to just 25,000 measures, down from 120,000. It is also thought that more than half of HHCRO measures are expected to be insulation.

What's more, renewable heating systems will also be included in the HHCRO measures list to try and target off gas communities. The consultation suggests that there will be more synergy between ECO and the Domestic Renewable Heat Incentive (RHI).

The CSCO (Carbon Savings Community Obligation) target will be scrapped from ECO. CSCO was designed to support specific vulnerable communities classed as the bottom 25% most deprived LSOAs in the country. The Government feel that a combination of CERO and HHCRO will provide enough support in these areas. The CSCO Rural obligation will also be removed permanently.

There is a strong indication that Local Authorities will play a key role in the deployment of ECO measures and will have more power to determine where measures will be implemented. This suggests that more Council backed schemes could be available.

Over the transitional year the Government predict that 308,000 measures will be installed under ECO 2.5 bringing supplier costs down to an estimated £620million. 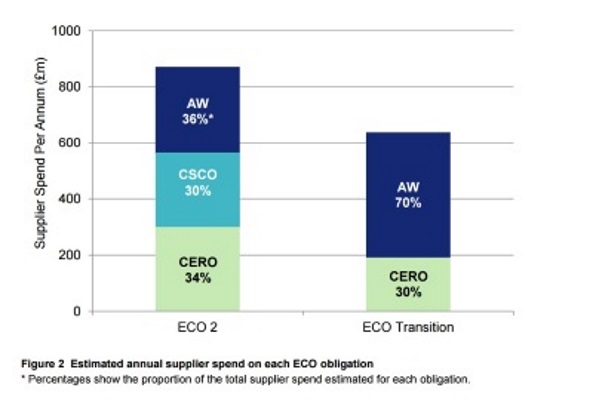 The consultation also highlights some of the ideas proposed for the new ECO 3 scheme which will take place from April 2018 - March 2022. It contemplates giving Energy Companies an uplift from the transitional period into the new scheme if they over deliver on their targets.

The consultation is open until 17th August 2016 and we would encourage all members to respond and have their say:

For the latest installer news, views and training opportunities: Join the Installer Network