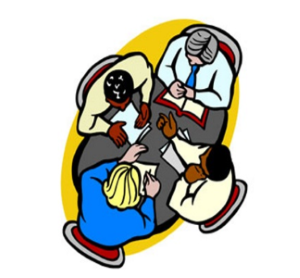 Lord Bourne, the parliamentary under-secretary of state for climate change, announced that plans to implement a new domestic energy efficiency scheme to fill the gap since Green Deal was axed, were to be delayed until 2017.

The Energy and Climate Change Select Committee met on the 19th January and asked Lord Bourne to give evidence on when a new energy efficiency policy would be introduced to proceed the failed Green Deal.

Lord Bourne explained that plans were in place to provide a rough outline of the main principals for the policy but no real commitment would be shown until 2017. He explained:

“I would have thought that within this calendar year we’ll come out with a set of principles but in terms of legislation and what’s needed, it will fall behind ECO.

“Work is beginning to happen on this area but it is not the number one priority in the home energy area at the moment; that is getting ECO right now and tackling the fuel poverty issue. That doesn’t mean it’s not happening but it is happening more slowly, I don’t want to mislead you be suggesting we’ve done masses of work on this at the moment.”

Energy secretary, Amber Rudd announced that she was seeking funding for energy efficiency in last year’s Autumn Statement. She told the Energy and Climate Change Select Committee that a replacement policy would be uncovered in early 2016.

However, the evidence given by Lord Bourne this week paints a different picture. It looks like a mechanism to support the 'able to pay' market won’t be in place for at least another 12 months.

“Here we have a government department telling us that within the calendar year it would like to come up with a set of proposals but what about the people whose jobs are dependent on this and waiting for action from government. We need a bit of urgency here.”

Critics have also highlighted that action to encourage landlords to upgrade their housing stock to appropriate energy efficiency levels could be compromised if there was no support for ‘able to pay’ customers. Legislation planned for 2018 will force all landlords to invest in energy efficiency, but originally this work was to be supported through Green Deal finance.

Jenny Holland, from the Association for the Conservation of Energy, told Clean Energy News: “The minimum standards come in in April 2018 so there is still some time to get a bit of policy clarity but equally the more it lags behind, the easier it will be for landlords to say ‘we haven't had sufficient notice’ and perhaps make a successful case for having the introduction of the minimum standard put back.”

Lord Bourne explained that DECC's priorities had shifted towards developing a new ECO scheme with further support for people in Fuel Poverty.

For installer funding and development opportunities: Join the Installer Network