Most Energy Companies have now met their HHCRO targets Apr 23, 2014 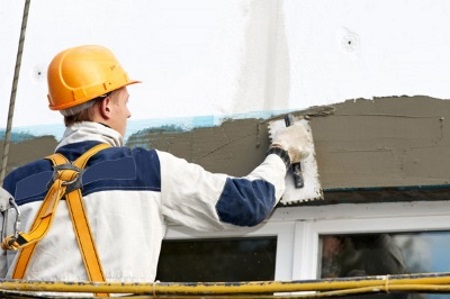 ECO figures released by Ofgem this month show that five of the Big Six Energy Companies have already met their HHCRO (Home Heating Cost Reduction) targets for the end of March 2014, based on the measures installed to the end of February 2014.

The best performing company was Scottish Power who installed 151% of their obligation, meaning they have already made significant progress towards their March 2015 target.

HHCRO is a strand of the Government’s Energy Company Obligation (ECO) scheme which requires Energy Companies to fund energy saving measures for different groups of householders. The HHCRO stand provides financial support with heating upgrades for vulnerable householders, many of whom are living in fuel poverty.

As some aspects of the new ECO extension period are still unclear and won’t be finalised until the consultation response is published by the Department of Energy & Climate Change (such as scoring for off gas boilers and carry over from Phase 1-3), it is understood that the Big Six are satisfied that they have met their current targets and are therefore holding off from funding new work. This goes some way to explain the current shortage of HHCRO funding for installers downstream.

For CSCO (Carbon Saving Communities Obligation – the ECO strand that supports residents in the lowest 15% most deprived communities), the best performing Energy Company was EON at 63%. This was followed by Scottish Power and SSE at 49% and 43% respectively. EDF has made the least progress out of the Big Six at just 19%.

The legislative requirement is 100% compliance over the whole period (i.e. ECO phases 1, 2 and 3) by March 2015, meaning that underperformance in this period will not be penalised so long as they catch up in the next 12 months.

This slow start for CSCO is not seen as significant and Energy Companies should soon find it easier to meet their targets under changes outlined in the ECO consultation. DECC have proposed to increase the number of CSCO eligible properties from 3.9m homes to 6.5m homes by extending the CSCO criteria from the lowest 15% to the 25% lowest income areas.

EON also lead the way in achieving their CERO obligation (Carbon Emissions Reduction Obligation – the ECO strand that funds installation in hard to treat properties such as external wall insulation) and have fufilled 60% of their target.

They are closely followed by Scottish Power at 59%. British Gas has made the least progress at just 32%. However it is worth noting that for each of the Energy Companies the majority of measures are as yet unapproved – shown in the graph above as ‘notified’.

The majority of this ‘notified’ work that has not yet been approved by Ofgem is hard to treat cavity measures that are currently undergoing further checks to ensure they are valid.

Assuming that all notified measures are approved by Ofgem, all Energy Companies are on track to met the target of 35% delivery proposed in the ECO consultation to qualify for ‘uplift’. This could see any delivery above 35% given an uplift of 1.75 – i.e. every additional tonne saved would be counted as 1.75 tonnes, so a EWI install saving 40 tonnes would be scored as 70 tonnes. This would significantly reduced the number of measures required to be funded to meet the CERO target.

Also proposed in the ECO consultation is reducing the CERO target by 33%, meaning the actual target would be drawn at 66%, as shown in red on the graph above. Once March installs are included and the uplift is factored in, it is predicted that most Energy Companies will have met their Phase 1 and 2 target (up to 31st March 2014) and some, such as EON and Scottish Power, will be a considerable way towards meeting their March 2015 target. This is expected to have a significant impact on the volume of CERO funding to be made available to installers for the next period to March 2015. In addition the rates for CERO are expected to remain low as a result of easy to treat cavities and lofts becoming primary measures.

Green Deal Installer Hub remains hopeful that DECC’s publication of the ECO consultation response in the coming month will clear up a number of issues and provide more certainty to the Industry.

For the latest Green Deal and ECO news and events: Join the Installer Network