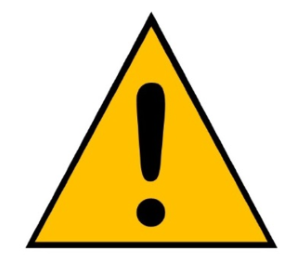 Government officials raise concerns over bogus marketing claims that are damaging the repetition of the Green Deal scheme.

Amber Rudd, Energy Minister for the Department of Energy and Climate Change (DECC) has issued a warning to all Green Deal participants to ask them to refrain from using unethical lead generation techniques to win business under Green Deal and ECO.

She claims that DECC are aware of a number of issues that have left customers frustrated, confused and out of pocket.

The letter, which was issued to the whole Green Deal supply chain in early January, was supported by Graham Venn - Chairman of the Association of Chief Trading Standards Officers (ACTSO). It states that companies who may have breached consumer law will be reported for possible criminal prosecution.

The warning follows reports of Green Deal participants using unauthorised subcontractors to cold call customers and exaggerate the benefits of the scheme.

One example that was recently covered in the press exposed a company called Tivium, who were charging customers £299 for a household assessment after promising them that their energy saving upgrades would be fitted free of charge through the Government scheme. It turned out that Tivium was not a Green Deal approved company and many of the householders that signed up over the doorstep never receiving a report or saw any sign of the alleged work being carried out.

Amber Rudd commented: “This company has never been Green Deal authorised and its miss-selling practices are simply unacceptable.”

All Green Deal participants are reminded to adhere to the Green Deal Code of Practice:

The letter to industry explained:

“The GD ORB, DECC and Trading Standards are aware of a number of issues relating to sub-contractors acting on behalf of, or at the request of, authorised Green Deal Participants. Specifically, the GD ORB received a number of reports of potential breaches of the Code of Practice relating to the practice of generating ‘leads’ through cold-calling and the promotion of incorrect or exaggerated information regarding the nature or benefits of the Green Deal.

“I want to stress the importance…on upholding consumer protection in the Green Deal. If you have any concerns about the behaviour of a market participant or rogue trader please report the details, in complete confidence, to the GD ORB compliance team who will be able to take steps to ensure the appropriate action is taken to protect consumers.”

"I think we can all agree that mis-selling and cold calling is not something we want to see in our industry, it gives the majority of honest and hard-working installers a bad reputation by association and as someone who has been on the receiving end of such cold calls, it’s just plain annoying. Reputable installers need to distance themselves from these practices and report rogue traders to uphold the good reputation of our industry."

If you know of any Green Deal participants who are not following the Green Deal Code of Practice, you can report them here.

Connect to a leading network of SME installers: Join the Installer Network