Home > News > GDHIF Round Two – Is it Really New Money? 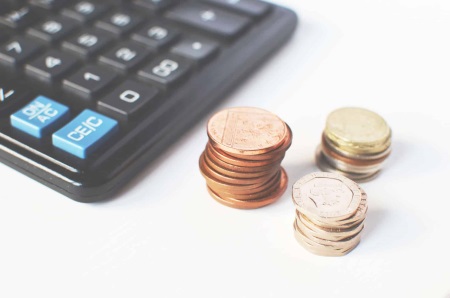 Jos Mister of YES Energy Solutions explores the pitfalls of the Green Deal Home Improvement Fund and how the next round of Government funding may not be quite what it seems.

In early October 2014, Energy Secretary Ed Davey announced that the Government’s popular cashback incentive, the Green Deal Home Improvement Fund (GDHIF) would return at the end of November with an additional £100m of funds being injected.

Like many in the industry this announcement was welcomed by YES Energy Solutions, as it’s a great boost for our customers and installer network alike.

It has since transpired that just £30m is expected to be ‘released’ this month, with the remaining £70m being released in April 2015.

But how much of this money really is new?

Previous schemes have been marred with problems leading to some hefty underspend – here we add up the sums:

The £125m Green Deal Cashback scheme that was launched in January 2013 (1) failed to meet its target. Rates increased in February 2014 (2) to improve take up and diversify the measures supported (93% had been for boilers (3)), but the scheme closed at the end of June 2014 and to date just £13m has been paid out with Cashback vouchers worth another £5m still in customer’s hands.

GDHIF replaced Cashback in June 2014, with £120m of new funds available. This money was separate from the Cashback fund and was part of the ’£540m over 3 years’ announced by Government in December 2013 to ‘offset’ the impact of cuts to ECO.

GDHIF closed in late July after ‘unprecedented demand’ – but how much of the £120m will actually be paid out to householders?

In the most recent data from the Department of Energy and Climate Change (DECC) (4), 21,041 GDHIF vouchers are reported as ‘active applications’ (5). Just 3,235 vouchers have now been paid out once installation is complete – less than a sixth.

This is in part due to delays in the administration process – the business social media network LinkedIn is awash with complaints from Installers about the delays in payment from the scheme.

Industry publication ‘BusinessGreen’ reports that about one-third of the £120m worth of vouchers are in the process of being converted, leaving two-thirds unaccounted for. If this is correct, around 7,000 vouchers are currently being processed, leaving around 14,000 unclaimed – worth around £80m.

The last vouchers will expire at the end of January. For them all to be used we would need to see over 3,500 installs a month (October-January inclusive) for all the funds to be claimed.

The largest proportion of vouchers to date have been for solid wall insulation (48%, compared to 26% boilers, 25% Flue Gas Heat Recovery). Assuming the proportions are the same for the remaining vouchers, this does not bode well for installations of GDHIF funded work.

External Solid Wall Insulation (EWI) is particularly affected by the cold winter months when install rates slow dramatically. This is because EWI installation generally requires temperatures above 3 degrees for adhesives to set and dry before render can be applied.

This, combined with the industry’s previous concerns about ’phantom vouchers’ snapped up by unscrupulous marketing companies on behalf of uncommitted customers, makes YES Energy Solutions seriously question how ‘oversubscribed’ GDHIF really is?

So how does this affect stage 2

Looking at the data available, we estimate an underspend of at least £40m by the time the last voucher from GDHIF phase 1 expires at the end of January. Adding this figures to the £107m underspend from Green Deal Cashback gives a grand total of almost £150m sitting unclaimed and unused in DECC’s budget, which is almost certainly funding the ‘new’ £100m for the next round of GDHIF and begs the question - when will they release the rest!

(5) When the scheme shut on the 24th July it reported 21,683 applications – this means only 642 applications have so far been “cancelled, rejected, superseded or claim failed” by DECC. However 765 applications have not yet been issued vouchers, so we can assume the administrator are still investigating these.