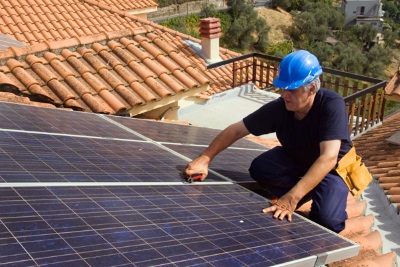 The Government is proposing to cut the Feed in Tariff incentive for solar PV by 87% in 2016.

The popular renewable energy subsidy, which rewards householders and businesses for investing in solar PV, CHP, hydroelectricity and wind turbines, is facing steep cuts which could result in the early closure of the scheme.

On the 27th August the Department of Energy and Climate Change published its long awaited Feed in Tariff review. They have proposed to cap the budget, slash the current incentive and terminate the programme altogether if demand reaches unsustainable levels.

Launched in 2010, the Feed in Tariff prompted a boom in the solar PV industry due to generous generation payments for domestic systems (starting at 45p per kWh). Installations rocketed which prompted the Government to review the scheme and reduce the subsidy.

This trend has continued with further reductions in payments, which has put the brakes on many solar PV projects. The next round of degression will see the generation tariff for domestic arrays fall to 12.47p per kWh from the 1st October 2015.

However, DECC has warned the industry that they plan to cut the Feed in Tariff further and reduce the generation payment to 1.63p per kWh from the 1st January 2016. That’s a reduction of almost 87%. They have also indicated that if the proposed cut sparks a huge surge in demand, then they may be forced to close the scheme altogether in the New Year.

If the first major tariff cut in early 2012 was anything to go off - which saw installations increase dramatically before the generation payment fell from 43.3p to 21p - a gambling man would probably bet on the early demise of the Feed in Tariff. Solar PV installers in the Green Deal Installer Hub network are already experiencing a rise in sales.

Since the Feed in Tariff was launched, over 650,000 solar PV systems have been installed in the UK. This growth in the market has helped reduce manufacturing and installation costs significantly. However some critics feel that any drastic tariff cuts (like the ones proposed by DECC) will ruin any kind of real return on investment for customers.

Mike Landy, Head of Policy at the Solar Trade Association, feels the tariff review will have a damaging impact on a thriving sector and could cost hundreds of jobs:

"The proposals put forward by the Government today, which will now undergo a period of consultation, would be hugely damaging for the UK solar industry…This is the antithesis of a sensible policy for achieving better public value for money while safeguarding the British solar industry."

Solar advocates in the West Country are also clubbing together on the 16th October in a planned day of action to lobby MPs and oppose the cuts.

"Community energy helps to reduce and localise energy spend, tackle fuel poverty and generate an income to re-invest in the local area. We support the government's ambition to eliminate subsidies but this needs to be achieved more gradually. What is currently being proposed is destructive to the south west's community energy sector.”

As part of the review, DECC is also proposing to change the way the Feed-in Tariff is linked to the Retail Price Index (RPI). They have set out proposals to link the tariff to the Consumer Price Index (CPI) instead which they feel is a more appropriate way of compensating investors for inflation.

Energy and Climate Change Secretary Amber Rudd, explained that reducing energy bills was her primary objective and that cuts to renewable incentives will be a cost effective solution for all householders. She explained:

“My priorities are clear. We need to keep bills as low as possible for hardworking families and businesses while reducing our emissions in the most cost-effective way. Our support has driven down the cost of renewable energy significantly. As costs continue to fall it becomes easier for parts of the renewables industry to survive without subsidies. We’re taking action to protect consumers, whilst protecting existing investment.”

Below are the proposed generation tariffs for solar PV from the 1st January 2016:

For the latest energy efficiency news and views: Join the Installer Network