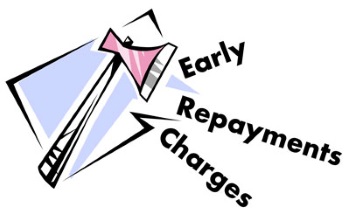 The Green Deal Finance Company has removed early repayment charges on all future Green Deal Loans. This means consumers won’t be penalised if they decide to pay off their debt early, for example when selling their house.

Green Deal customers now have the ability to pay off their loan in full or in part at any time.

The Green Deal Finance Company is a not for profit organisation that was established to provide low cost finance Green Deal Plans. The organisation has been working with Government to try and simplify and improve the loan process following criticism from industry and consumers.

"People should always be allowed to pay off their debts earlier with no charge if they choose to. Full stop. End of."

The scheme also came under scrutiny after the Advertising Standards Authority accused the Green Deal Finance Company of miss-selling, after the organisation announced that Green Deal Loans where the cheapest on the market – a claim found to be not true.

The modifications for early repayments were announced on 16th May, giving further flexibility for new Green Deal customers.

However, anyone who has taken out a Green Deal Plan prior to this date could still get charged if they wanted to pay back sooner than scheduled.

Currently in excess of 2,500 plans are moving through the Green Deal Finance process – and there are concerns that these customers could still lose out. However Green Deal Providers (the companies that facilitate Green Deal Finance on behalf of customers) have been encouraged to waive early repayment fees for plans that have already been purchased. Under the Consumer Credit Act, Providers will be able to claim a level of compensation for any costs uncured as a result of any early payments.

"I am delighted that we are able to remove early repayment charges on Green Deal Plans at such an early stage in the life of the Green Deal. This action is in direct response to views raised with us, and will make Green Deal Plans an even more attractive, accessible and predictable proposition for energy saving home improvements."

Connect to a leading network of SME installers: Join the Installer Network