Smart Meters - a blessing or a curse? 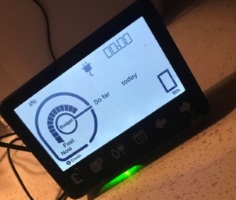 In 2009, the new Smart Meter gadget was released with the aim of scrapping estimated bills and providing consumers with a more accurate real-time bill.

Since then Smart Meter technology has developed, but with people voicing their opinions and with mixed reviews surfacing, we decided to really look in to whether the Smart Meter is a blessing or a curse in your home.

According to MoneySavingExpert, there were 11 million gas and electric smart meters installed by the start of 2018.

By 2020, everyone in England, Scotland and Wales will be offered one free of charge, but what does the smart meter actually do and what do you need to do to get your own?

Traditionally, residents take meter readings directly from their gas or electricity meters and relay this information back to their energy supplier, or they may even have an employee of their supplier come in to their home to take readings.

This would be the biggest change as this kind of information would be automatically submitted for you, with real time figures.

This will also scrap your estimated bills, which you may have been told by your supplier typically evens itself out across the year, with particular months seeing a spike in usage in comparison to other months, such as during Winter.

With a Smart-Meter, you only pay for what you use.

According to Government guidance, all customers will be able to benefit from a Smart Meter, with those residents who have a pre-paid system being offered more flexible ways of topping up with the idea of eliminating the need to visit your local shop.

So, let’s weigh up the pros and cons:

So we don’t have to nip out in our slippers to read the meter, or have a stranger come in to our homes to read if for us, BUT there’s actually very little evidence so far to suggest that Smart Meters will save energy or money.

Estimated bills are often linked to errors and people being wrongly billed, with people claiming they’ve been given a back-bill of over £1,000.

But, Smart Meters don’t necessarily mean an end to estimated bills as you are still encouraged to pay your bill annually which requires a bill estimation.

The Smart Meter allows you to see what appliances in your home are responsible for using the most energy but it may actually make it difficult for you in the long run if you decided to switch suppliers.

This is because the smart meter can lose some of its functionality and different energy suppliers are currently installing a range of systems that aren’t always compatible.


However, we are reassured that this is a temporary measure, and energy suppliers have been encouraged to work together so that there will be no issues if a householder chooses to switch provider.

Overall the process of switching should be improved by the Smart Meter.

With very little factual evidence to go by, it seems that the Smart Meter is not for everyone.

YES Energy Solutions is dedicated to reducing Fuel Poverty and reducing the effects of climate change, so we’ll be keeping a close eye on the smart meter rollout and whether it can really offer residents a reduced fuel bill.

We'll also be keeping an eye on changes that can be made in the home such as switching appliances off at the mains.

If you are interested in finding out when you will be able to have a Smart Meter installed in your home, you can find information regarding the current status of your energy supplier’s Smart Meter rollout and when they are likely to be available to you here.