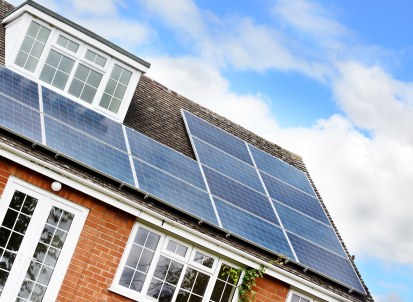 There are other kinds of solar panel available but these don’t tend to be as common. Most installation companies will give you the choice of monocrystalline (‘mono’) or polycrystalline (‘poly’) —and we at YES Energy Solutions are no different!

But what’s the difference? Does one outperform the other? Are mono panels worth the extra expense? Let us explain.

How silicon is made into solar panels

Silicon has been used in solar technology since the 1950s, largely because there are limitless supplies of it. Over 90% of the Earth's crust consists of minerals that contain silicon. Most of the material in sand, for example, is silicon dioxide, which occurs naturally as quartz.

Sand can be used to produce building materials such as cement and concrete. Quartz rock can be heated in a furnace with carbon to make ‘metallurgical-grade’ silicon or, when also combined with iron, form an alloy called ferrosilicon. Both are used widely throughout the iron and steel industries.

But while metallurgical-grade silicon can be 99% pure, it still lacks the extreme purity needed for electronics. Refining it further yields a highly pure ‘semiconductor‑grade’ silicon, which can then be broken up to form the raw material (‘crystalline silicon’) for both mono and poly solar panels.

Crystalline silicon is already polycrystalline, in that it’s made up of lots of tiny crystals. The disorderly structure of these crystals means the silicon is quite grainy, which has implications later in terms of cost (it’s cheaper) and performance (it’s less efficient).

The poly silicon is moulded into square ingots—essentially large slabs—which are cut down into smaller bricks. The bricks are sliced into wafers of less than a millimetre thick and then polished, to be used in solar panels and other electronics.

Producing mono silicon requires an additional ‘growing’ process in which the poly silicon is broken down and recast as a cylindrical ingot. The ingot is composed of a single large crystal rather than many small ones, which means its molecules are more perfectly ordered. Not only does this give the silicon a higher purity, it makes it better at converting sunlight into electricity.

For a long time, mono silicon was the material of choice for most solar panel installations, having been refined over decades. However, once manufacturers found a less expensive method of production—and saw there was a healthy market for lower-cost, if less efficient, technology—poly solar panels surged in popularity.

Installing solar panels on your home is a financial consideration, in that it’s about saving money on your energy bills. But when it comes to deciding between mono and poly solar panels, it isn’t a small outlay, and so you want to be making an informed decision that’s right for you. With this in mind, let’s look at both types of solar panels and how they match up to each other.

The more complex production process means mono solar panels are more expensive than their poly counterparts. A lot of manufacturers that make mono panels tend to aim their products at the top end of the market.

But as with most things, a higher price generally means higher quality. And what might seem like a large outlay at first soon becomes a good investment once you start to make savings on your bills.

Because they use higher-quality, single-crystal silicon (see above), mono panels are better at turning solar energy into electricity. No solar panel is ever 100% efficient, but mono panels generally demonstrate the levels of efficiency expected from the latest technology (which, at present, are 15%–20%).

Poly panels are typically 14%–16% efficient, although recent manufacturing innovations have brought them much closer to the outputs produced by their mono counterparts.

If you have a limited amount of roof space, you need a system that will produce as much electricity for your home as possible. Mono panels tend to be more powerful, meaning you can install fewer of them and still achieve an output equal to a larger array of poly panels.

Most solar panel manufacturers give you a 25-year warranty, and this will apply whether you buy mono or poly. However, the silicon that goes into making the panels is durable enough that the panels are likely to last much longer than those 25 years, providing you keep your system well maintained.

Mono panels have that consistent black sheen because of how light falls on the single-crystal silicon surface. Some people find this more pleasing than the speckled blue look that the more crystallised poly panels have (although poly panels can be treated to look matt black and even-coloured).

So which one should you go for?

It might seem like a cop-out, but there’s no clear-cut answer—it really does rest on your personal preference! Though mono panels still perform better in terms of output and efficiency, they will cost you more. It’s also true that advancements in technology have meant that poly panels are quickly catching up when it comes to performance, and many buyers are taking advantage of that narrowing gap.

If you’re still unsure about which system is best for you, don’t worry—we’re here to advise you.