The main barriers to Solar PV 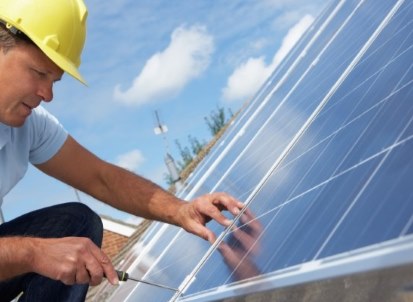 The public may be unaware of the falling price of solar panels, as cost is cited as the main reason not to install them.

Solar photovoltaic (PV) systems are well-established amongst environmental circles as one of a number of technologies that can help to mitigate climate change and improve the sustainability of energy provision. But with changes to government policy, that have removed much of the financial investment in solar technology, the industry needs to find new ways to increase uptake.

With this in mind, YES Energy Solutions has undertaken research to better understand the main consumer barriers, asking a range of homeowners why they haven’t invested in solar PV.

The survey found that 55% of respondents were put off by cost.

But could this suggest that people are unaware of how solar panels have significantly decreased in price over the past few years?

Why don't you use solar panels at home?

The survey asked 629 people, “Why don’t you use solar panels at home?”

The results of our survey may suggest that the cost of solar panels are overestimated by the average householder, raising the question of whether the news of the reduced cost has actually reached homeowners.

The impact of the Feed-in-Tariff

Historically, one of the major motivations for investing in solar PV has been the Government’s Feed-in-Tariff (FiTs) programme. Through the scheme, electricity providers paid homeowners per kWh of electricity that was generated by their solar panels.

But the scheme has been closed which has had a damaging effect on the solar industry. Where homeowners were once offered £0.41p per kWh, the latest tariff is now closed to applications.

However, the ever decreasing installation price and the introduction of the smart export guarantee means that there may be some financial gain for some homeowners. That coupled with the amount of money residents could save on their energy bills shows that there is still a market for solar PV.

Managing the reputation of solar panels

The other findings from our survey suggest an educational and reputational gap that needs to be closed.

The availability of solar panels is not necessarily dependent on the area in which you live, and homeowners can easily purchase solar panels independently as long as their home is suitable.

This could suggest that solar products have a reputation for being part of public schemes rather than products that are freely available across the country. Or that since the Feed-in-Tariff was scaled back a number of solar firms have since ceased trading.

Combatting the perceived unattractiveness of solar panels is essentially down to marketing and familiarity: as solar panels on homes become more familiar, their aesthetic appeal is likely to change. What’s more, solar companies can undertake marketing exercises to improve public perceptions.

Though the actual functioning of solar PV panels was not a main issue for most respondents, the age of those who chose this option is of interest. Over 45% of those who picked “functionality” were 45 to 64 years old. Most homeowners fall within this age category, possibly indicating that more work needs to be done to showcase the benefits of solar PV systems and their capacity to this generation.

Considerable benefits are on offer. The average 4kW solar PV system could save approximately 1.5 tonnes of CO2 emissions per year. Alongside this, the actual value of a home can rise. A study undertaken by mortgage provider ING Direct indicated that solar panels are the most desired extra feature on a home for four in ten people. A report previously released by Government stated that energy saving measures such as solar panels could increase house prices by up to 14%.

Understanding these benefits, alongside the financial incentive of the Feed-in-Tariff will ensure that solar energy becomes a leading alternative fuel source favoured by thousands of UK homeowners. The industry now needs to highlight these benefits in a creative and compelling way to convince the most sceptical consumers.